Creating space for claiming and articulating difference is at the heart of discussions about sexual diversity. Yet, discourses of sexual diversity themselves sometimes entail normative and exclusive mechanisms. Using the concept of disidentification, this paper engages with counter-narratives from civil society actors supporting sexual and ethnic diversity in the Netherlands and Flanders that are critical of a dominant framework of “proper gayness.” This framework prescribes a self-centred, coming-out logic that neglects and forecloses subjectivities that entail religiosity, commitment to ethnic community and queerness simultaneously. We coin ethnosexual subjectivity to analyse these civil society actor’s critical, creative and sometimes affirmative accounts of queerness through inhabiting complex positions, and utilise the notions of space, specificity, and diversity. As co-producers of knowledge about sexual diversity, these actors employ the notions of “coming-in,” “multiple-identification,” and “self-acceptance” as a way to broaden the available space for sexual diversity, while being partly implicated in stigmatising politics of cultural and ethnic difference. 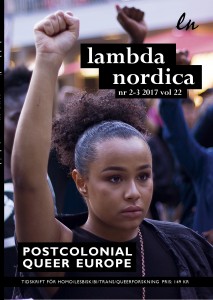