This article analyzes selected poems by Norwegian author Åsmund Sveen (1932–1963). A key problem in the scholarship has been the perceived para- dox of Sveen’s homoerotic poetry and his commitment to Nazism during World War II. I propose to read Sveen’s poems through the concept of antisolidarity, in order to discuss how they enter into a dialogue with vitalism and Nazism as heteronormative discourses. us, I argue that the speaker in many of Sveen’s poems is described as someone with a double loyalty: to his own identity and to a society that condemns the same identity. Instead of proposing to explain Sveen’s Nazism by way of his same-sex relations, I therefore suggest that his work exposes the impossibility of the double affinity between homoerotics and masculine vitalism. 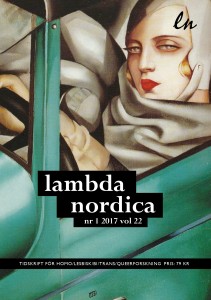