Queer Politics of Space in the 15-M Movement

WHEN THE 15-M movement burst into the public squares of Spain,1 despite its innovative character and all its differences from previous social movements, it did not do so without a history behind it or, to put it more accurately, with multiple histories that complicate the narration of its origins. Mainly, these histories include but are not limited to the Arab Spring, the antiglobalization movement, and the protests that were already emerging in Spain in response to European austerity politics. However, when we think about the presence of queer activism in these antecedents, the antiglobalization movement is the one that can best help us understand the role that sexual and gender diversity played in the movement from its very origins. 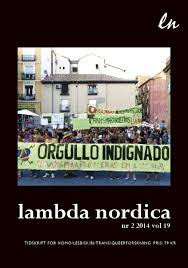